After watching the gold price fall hard for a week, and with it my precious shares, I finally took the plunge and sold out Tuesday and Wednesday. But with what I know now I would have sold earlier.

I have just had a closer look at the concept of gold seasonal swings, and as it turns out, gold usually has a good rally in January-February that peters out in March. The trigger for this year’s top and falter was testimony of the Fed chair-madam Janet Yellen, which as it turns out caused gold to fall nearly every time in the last 8 months. Have a look at the seasonal averages for gold from 1990 to 2009, covering both a bear and a bull market: 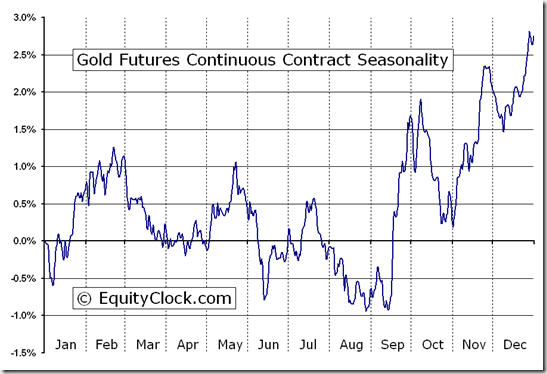 This rally has now turned into a very ugly bear trap and I expect it to grind lower till the middle of the year at least. This gives the bears a strong shot at breaking the $1180 double bottom. But if that low holds, it will be the mother of all buying points as it could be the third time the bears couldn’t break it.