I have been doing some fascinating reading about the multi-month gold cycles recently so I thought I’d share some of the insights I have picked up. These mainly come from the Sunshine Profits website. First some statistics:

1. The last 14 years has seen an average of 2-3 multi-month gold cycles (bottom to bottom via a top) per year, except for 2008 when there were 5 cycles

2. The average length is 4-5 months from bottom to bottom

3. The average cycle starts out very strongly for the first 20% of its lifespan, then gets soft with a small correction about half way into its journey. The peak of the cycle is characterised by excessive optimism and a blow off top, followed by a quick reversal. There is a small rally half way through the decline and then a waterfall plunge into the final low

4. The gold price moves an average of 18% higher in the rallies, and 11% lower in the declines. This is because most of the years from 2000 to 2013 were bull market years. The percentages would be slightly different now.

5. The market rallies, on average, two thirds of the time and declines one third of the time.

6. The longer the rally the higher the move and the shorter the decline

Now observe the chart below of the recent gold price. The rally from December fits the average perfectly. It suggests the selling pressure is now exhausted and we could be getting ready for the July-October rally. The December-March rally doubled a lot of junior gold stock prices. I wonder what this one will do? 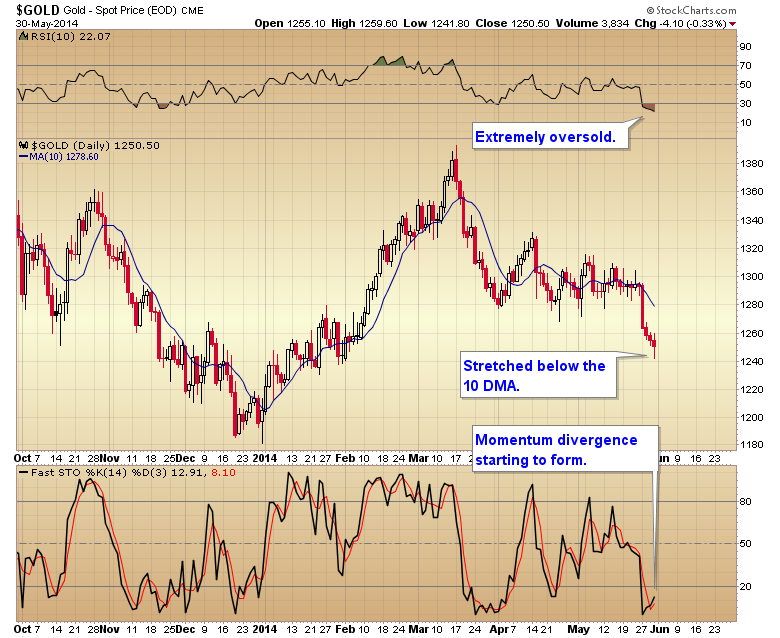