A few years ago, when teaching senior high school students, I used to ask them this question: What percentage of your peers have died so far? The answer was always nearly zero. Then I would ask them for the biggest killers in the Western world. The answer was largely correct. They suggested cancer and heart disease, car accidents and the like.

I would then tell them the shocking news that around 40% of their peers are dead already! Yes that figure is correct. You see around 40% of Australians (and the figure is the same for most western countries) were killed before they were born. I would then ask the students to look around the room or lecture theater and visualise those missing 40%. The students were shocked. 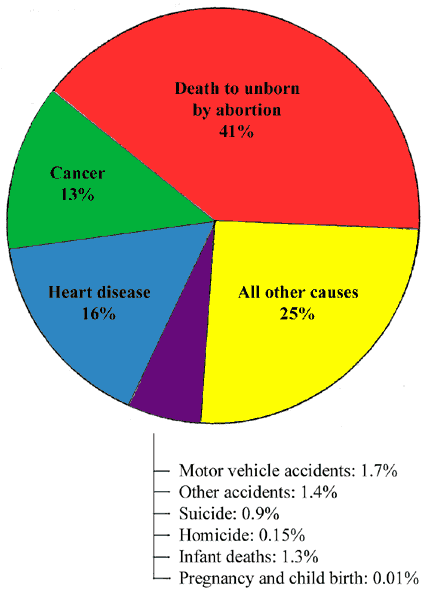 This huge death rate is not publicised, celebrated or lauded by the secular media because it is a shocking indictment on the culture of sexual convenience that is endemic in the Western world. Sex of any description is now a youthful and legal right, like clean water and housing. When it produces its logical result we destroy that result…children. This is murder on a grand scale, far eclipsing deaths in all wars of the last hundred years and the next leading cause of death. For Australia the figure is around 100,000 children. Children are made in the image of God, we all are. Our worth to our creator is therefore infinite. Satan’s ability to legalise the killing of a being made in God’s image is the ultimate attack on the sovereignty of God.

My wife was almost aborted.

Her mother was a seventeen year old girl who was sexually abused as a child and found herself in a bad situation. Fortunately she insisted on having her child! Imagine how many other life stories we would have and enjoy, how many scientists, poets, artists and personal family and friends there could be, but are missing because of abortion on demand.

One last point. It is this massive rate of killing babies that has resulted in the mass immigration of people into the Western world that we are currently experiencing. Without them our economies would be collapsing and our standard of living falling annually. So, in many ways WE have created the dilution of Western culture, the  domestic Islamist terrorist problem, the immigrant ghettos, the mobs burning cars and the rising sexual violence against women.

In physics there is a law that says for every action there is an equal and opposite reaction. The same is true in culture. The Western world is in decline and will be less than 15% of the global population by the end of this century. The sexual revolution, stemming from a turning away from the Jude-Christian civilisation, is one of the taproots of this demise. The culture next fifty years will be the result of what we are doing right now.